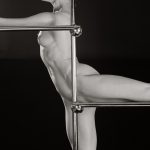 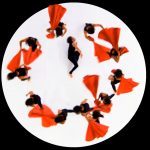 Repetition, division, reproduction; the circle of life. Birth, life and death is represented by the whirling of a dervish, contemporary dance and videography. 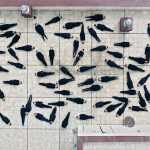 The video art has been made based on a book of the same name written by Edwin Abbott in 1884. The story describes a two-dimensional world occupied by geometric figures. 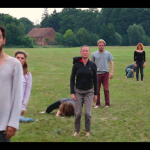 Ever since I was able to talk, I can stand properly,

But ever since I was able to talk, the falling only gives pain,

But since I’ve learned that I could talk about pain, I feel less pain when I fall.

But, since I’ve learned that someone could talk about my fall, the pain gets worse,

But since I’ve learned I could forget the pain, the falling doesn’t hurt anymore, 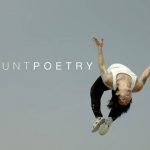 A meditation on the poetry and stillness inherent in the fleeting gaps between moments and motion. Shot with the Canon 60D. Ultra slow motion achieved using the After Effects frame blending plugin Twixtor. 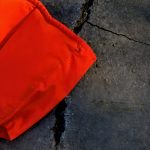 A short reflection about flee and looking for a safe place. About the one’s that did not make it. 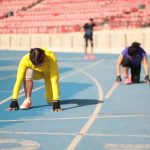 Imagine we competed on the track as inefficiently as we lived our lives? “Dominio” is an experimental short film showcasing the body and its ability to compete in the most unusual, demanding ways. 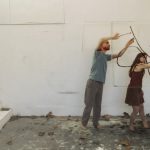 A series of animation experiments exploring the idea of stillness: what happens when nothing happens? 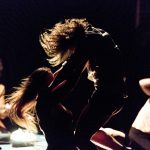 DE FAROL presents a strip-poker game that goes from a look figurative and realistic situation, to a composition, where the movement, the body and their game generate a multiview of stripteases interrelated; physicality and some from other from emotional engines. 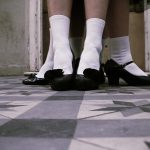 Four women, some duct tape, the man with the measure tape and a pair of scissors are the elements that compose an unexpected game of movement. In other words: welcome to “Prêt a porter”. 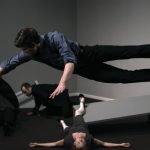 Naufrage lists fears: the narration stops at the frozen instant. But Naufrage relates something. What is it talking about ? We don’t know… perhaps an accident, a depression, an explosion? This scene might be the summit of a catastrophic scenario: the moment of physical emotion. However, nothing in the sequence of events tries to explain this state of things. 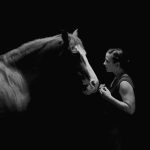 A film piece on the human family and its coexistence with animals. First work of ‘The one project’, where a scenic artist is invited to create his first film summarizing his art. For this first year the circus company Baró d’Evel, that is Blaï Mateu and Camille Decourtye. 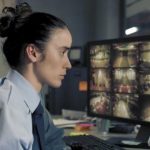 Luna and Diego are the parking lot security guards. Diego does the night shift and Luna works by day. 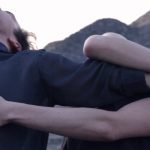 “mindsight” is a reflection on the way we perceive reality. It is inspired by different quantum theory concepts, such as non-locality or entanglement, that have been applied to movement and image. An opening to the possibility of multiple worlds and multiple times, and what it would take to establish a connection of a different kind. Is it possible to achieve a new awareness that allows the limitations of our consciousness to expand? 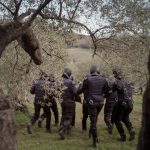 An abnormal phenomenon occurs in an olive grove as one of the trees suddenly shakes its branches rapidly, thereby evoking an uprising. As the natural protest rises, a police squad rallies through the landscape and seeks to suppress the rebellion. This film is inspired by the ancient labour of olive harvest, which encompasses both cultivation and aggression at the same time. 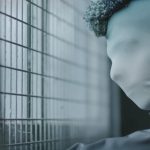 Novacieries is a combination of cinema, performance, and home video that transcends dance films and presents a choreographed and metaphysical portrait of the post-industrial world by reinterpreting post-internet dance. 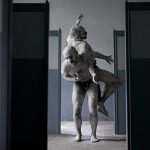 Iron Skulls Co, is a group of people with different preferences and trajectories finding a common path. A union that is strengthened by their differences, and their personal experiences. 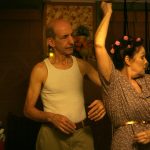 In this magical realism tale from director Bat-Sheva Guez, an injured young dancer flees her old life and moves into a strange dilapidated apartment – an apartment with a view into a world that moves to its own distinct rhythm. 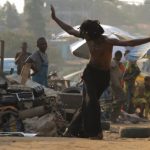 Aïpeur Foundou is a congolese dancer and choreographer. Amidst some popular areas of Brazzaville, he shows us one possible way to freedom. 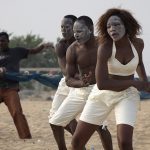 Son du Serpent tells the story in road movie style of a modern African man and his frantic search for his wife, who has disappeared. Yearning for his beloved, he strays into a supernatural reality – knowing it’s possible that he has lost her to this invisible world. 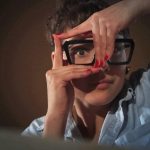 A dream-like story of impermanence told through dance and stop-motion painting. The main character, performed by dancer and choreographer Emily Honegger, discovers a magical property inside a discarded ink sketch. A miniature dance partner comes to life and inspires movement in the paper and ink world around her. 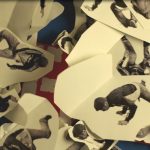 Photography is realted to the theater. The stage is the frame. The freezing dance pose is similar to photo deduction. The abstraction, paper handling and synthesis of sound and movement is the essence of the piece. 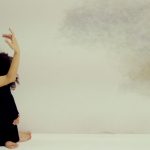 Signs at the border caught only by a careful look waiting. Footprints left by silent, emerge on the surface of the body to form an image map; an echo of past emotional. Weaving gesture reveals the physical permeability and seeks suspended traces that cloaks the daily life.
Imperceptible sedimented noise. 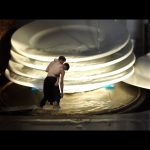 An independent dance animation about dreams, fears and aspirations. 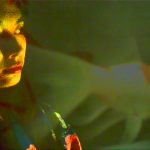 Floating in water, then I wander down a path of forest. I find myself dancing in the Japanese garden collecting lotus all around the world. You will rediscover beauty of minimal Japanese dance like a strange journey. 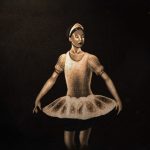 The amazing performance by Sofiane Sylve and the desire to see paintings in motion inspired two animators to combine various art-forms to make ‘Ballet’. It took over three and half years to capture the small details of Sofiane’s performance in 1106 paintings. ‘Ballet’ is a combination of dance, music, painting and animation, in an effort to create something beautiful.

Rotoscopy exercise created as a small visual poetry, where the more traditional drawing techniques, painting and movement, come together seeking to be a modest tribute to the world of dance. 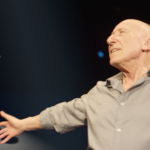 An older man confronted with his ageing body. He loses himself in dancing and by doing so he once again feels young. 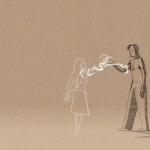 A re-telling of the Swan Lake ballet as an animated wrestling-giant-lizard movie. 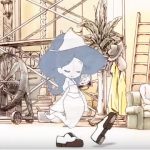 When a ghost girl with no legs spots a pair of disembodied tap shoes dancing to “Moses Supposes” from Singin’ in the Rain, she joins in, gleefully providing a body to accompany their fancy footwork. 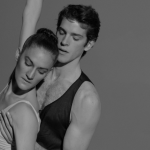